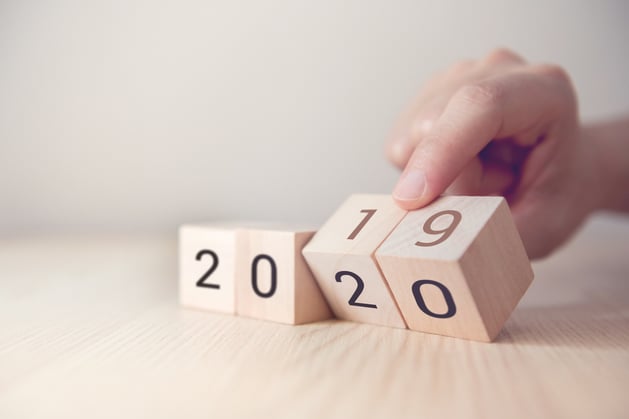 With 2019 in the rearview and 2020 now upon us, now is a perfect time to reflect on last year’s top legislative trends in the world of workers’ compensation. With the closing of one chapter, we also take a glance into 2020 to see what legislative changes could be on the horizon.

Among the many changes and adoptions that 2019 brought, the three workers’ compensation legislative trends below made the most impact on injured workers and their healthcare providers and were seen in many states across the country.

This year, over 40 bills were passed in states across the country that either enabled the implementation of a Prescription Drug Monitoring Program (PDMP) or required a change to a state’s current prescribing process to include the consultation of a PDMP.

Many states recognized how PDMPs can significantly reduce opioid-related deaths and acted in the form of legislation to ensure their successful creation and implementation. At the end of 2019, all states expect Missouri have an active PDMP and some states now have laws in place requiring providers to consult the state’s specific program before prescribing.

Beginning in 2020, many first responders will now be able to file a workers’ compensation claim for a traumatic event or for being exposed to cancer causing substances. In 2019, elected officials, and more importantly employers, recognized the many dangers and hazards that first responders encounter daily and took action to ensure that these individuals receive the benefits they deserve.

E-Prescribing allows for greater control and safety for individuals who are prescribed controlled substances. With the opioid epidemic in America still one of the countries greatest causes of concern, states are realizing that implementing mandatory E-Prescribing and doing away with paper and faxed prescriptions allows both providers and pharmacists more control and better monitoring of prescriptions.

While we cannot predict the future, there have been some emerging trends happening across the country that have the potential to become hot topics in 2020.

State-specific formularies, such as the New York workers' compensation drug formulary, sparked a major change for New York providers, while states like Indiana and Kentucky altered their drug formulary in 2019.

While it’s still a bit too early in the year to foresee further drug formulary implementations, New York has triggered other states interests to change their own formularies. Already, Illinois, Georgia, and Louisiana have begun considering drug formulary changes that they plan to implement in 2020.

Medical Marijuana as an Alternative to Opioids

Although Marijuana is still considered a Schedule I controlled substance federally, some states are exploring the idea of marijuana’s medical applications. With the increased acceptance of medical marijuana as a pain management treatment and opioid alternative, it’s no surprise that some states are actively pursuing the acceptance of medical marijuana as a treatment option for injured workers.

This year, the New Hampshire Supreme Court ruled in favor of an injured worker seeking medical reimbursement for the use of marijuana to help treat pain from a work injury. With a strong focus on curbing the nation’s opioid epidemic, medical marijuana will certainly be a trend to watch in 2020.

2019 was an impactful year for injured workers and the workers’ compensation industry. With many states gearing up for the 2020 legislative session, additional changes are sure to happen.

Legislative changes can come fast, so be sure to stay up to date on all things workers’ compensation by reading and subscribing to our weekly State of the States blog.

Legislative Session Wrap Up Posted by Danielle Jaffee on December 26, 2017 We’re less than a week away from the start of a new year, a new year which will bring new legislators, bills, regulations, and hot topics impacting …
Read More