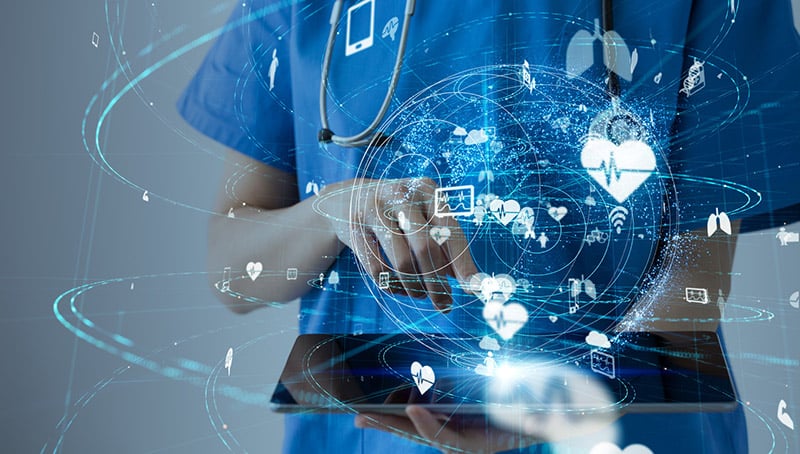 Electronic prescribing, or e-prescribing, allows health care providers to securely send prescription information from their computer or tablet directly to pharmacies. E-prescribing isn’t new, but it’s gaining ground quickly as more and more states are considering a mandate on this prescription transmission method.

E-prescribing has seen a wave of support over the years, and one notable reason is the opioid epidemic.  By allowing the transmission directly from the prescriber to the pharmacy you reduce the “touches” on the prescription that could result in it being lost or manipulated.  This is the predominate reason that 21 states who have considered e-prescribing legislation over the last two years were laser focused on controlled substances.

In 2008, Minnesota became the first state in the country to mandate the use of electronic prescribing for all prescriptions.  In the nine years since, 18 states have also passed e-prescribing mandate legislation and another 10 states considered or are still considering such legislation in 2019.

Presently, Connecticut and Maine mandate e-prescribing for controlled substances, each state passing such a mandate under a comprehensive opioid epidemic bill.  Additionally, in 2016, New York mandated e-prescribing for all prescriptions as part of their Internet System for Tracking Over-Prescribing (I-STOP) program.  During 2019, Colorado, Indiana, Kentucky, Virginia, and Arkansas passed e-prescribing mandates that will go into effect in 2021, with Virginia mandating e-prescribing in mid-2020.

E-prescribing remains an important element in the safety and quality of America’s prescribing process and with technological advancements and the growing focus on the opioid epidemic, the list of states with e-prescribing mandates will only expand in the coming years.

If you have not already subscribed to our weekly newsletter, IWP’s State of the States weekly wrap-up shares quick bites of legislative information within the workers’ comp and pharmacy arena. Subscribe today to stay up to date on all e-prescribing legislation.

How Legislators are Working to Combat the Nation's Opioid Epidemic Posted by Danielle Jaffee on July 05, 2016 According to the Centers for Disease Control (CDC), 6 out of every 10 drug overdose deaths in America involve opioids and 78 Americans die every day …
Read More

3 Regulatory Trends to Combat the Opioid Epidemic Posted by Danielle Jaffee on November 15, 2018 The opioid epidemic inspired many regulatory and legislative changes in 2018. As publications continued to release startling statistics on the damage …
Read More