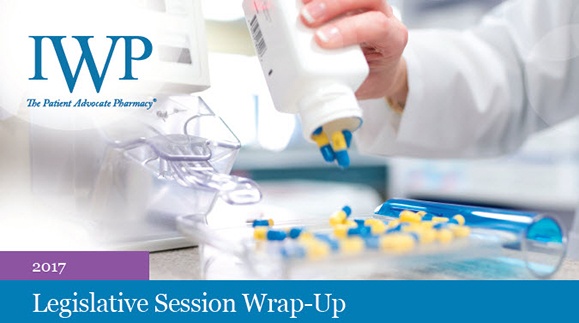 We’re less than a week away from the start of a new year, a new year which will bring new legislators, bills, regulations, and hot topics impacting workers’ compensation and pharmacy. While we can’t predict the future, we can help identify trends we’ve seen sprouting up across the country. From the bills considered, to conversations amongst legislators, below is a brief overview of the big trends we expect to see in 2018.

Formularies - Yes, formularies again. In 2017 we saw the regulatory process for implementing a formulary in California and Arkansas, but the prevalence of drug formularies is not dying down. Arizona introduced a partial formulary in 2016, but there are now talks of expanding the formulary to all workers’ comp claims in 2018. Additionally, Nebraska and Louisiana failed to pass formulary legislation in 2017, but have it on the top of their list for legislative priorities in 2018. New York was expected to announce a formulary by the end of 2017, and as of this post, no announcement had been made making 2018 the year we’ll know for sure. The only state bucking the formulary trend, for now, is North Carolina. After several years of studies about the implementation of a workers’ comp formulary and the potential cost savings, the Industrial Committee announced they would no longer pursue a drug formulary unless legislature tells them to.

Mental Health Coverage - Over the last few years we’ve seen several states tackle mental health coverage under workers’ compensation statutes. State’s have struggled with how to handle a mental health claim: what if there is no physical injury associated with the claim? What time of events should be allowed to count as triggering events? Should all employees in the state be entitled to the coverage? States are slowly, but surely, answering these questions for themselves. In 2017 we saw a handful of states pass legislation opening the door for mental health coverage for first responders, including Colorado and Vermont. In 2018, it is likely we’ll see the list of states considering the issue grow. Florida already has legislation pre-filed granting PTSD coverage for first responders.

Opioids - The Opioid Epidemic has been front and center for the last few years, and it’s not going anywhere. In 2017, the White House declared a public health emergency as a result of the opioid epidemic and states continue to address it through legislative and regulatory changes. This year we’ve seen more opioid fill limits, from day supply caps to dosage limits, in various states from North Carolina to Utah. Additionally, states have been incorporating the use of their Prescription Drug Monitoring Programs (PDMP) to help them combat the epidemic. From increasing reporting perimeters to requiring physicians and pharmacists to query the PDMP before prescribing or dispensing an opioid. The introduction of these type of bills and regulations will only continue to grow in the coming years as we continue to fight the opioid epidemic.

Electronic Prescribing - Minnesota, Maine and New York already require e-prescribing for controlled substances, and in 2017, we saw Virginia and North Carolina pass legislation to require e-prescribing in the near future. Several other states also considered e-prescribing, especially in states that have been hit hard by the opioid epidemic, including Massachusetts, New York and Pennsylvania. As technology advances, electronic health records become more commonplace and the opioid epidemic continues to hurt communities, an increase in electronic prescribing is inevitable.

As legislatures return to work in January, IWP will continue monitoring the issues across the country working to ensure that no matter what, injured workers are able to receive quality care without delay.