What the Illinois Grand Bargain Bills Mean for Injured Workers 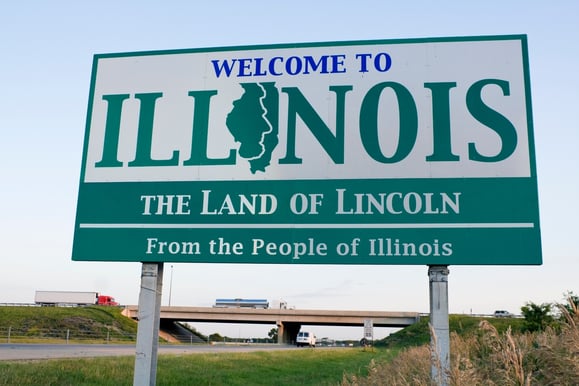 Illinois is in the middle of one of the longest budget battles in history.  With two years down, the state still has not been able to adopt a budget.  So, why such a big crisis?  Simple, the Republican Governor and the Democratic House leader do not see eye-to-eye.

Now in year three, the Senate is looking for ways to finally end the impasse and get a budget through.  At the start of the session the Senate proposed the “Grand Bargain” bill package, a collection of 12 bills addressing numerous topics, including workers’ comp, that would finally get a budget in place and address areas of concerns for Democrats and Republicans across the state.  What makes the Grand Bargain bill unique is that all of the bills are linked to one another, meaning all must pass the legislature in order for anyone to become effective. All compromises must work for any compromise to succeed.

How does the Grand Bargain hit injured workers? SB 12, one of the bills, focuses entirely on workers’ comp in the state.  The governor has been pushing for a workers' comp reform since he took office, but none have gotten off the ground.  SB 12, as it stands now, makes some significant changes to the state’s workers' comp system.  Some of the bigger changes include an increase to the maximum weekly compensation an injured worker can receive and lowers the medical fee schedule, capping how much a medical provider can get paid for providing certain services.

The bill would also require prior authorization for any compound medication, meaning an insurer would have to decide that the compound was necessary based on information submitted by the doctor.  Originally, the bill also called for the adoption of a drug formulary that would have required all prescriptions written for an injured worker be limited to the drugs and doses listed on the formulary, but the bill has been amended three times and this provision was removed by one of those amendments.

One change proposed in the Grand Bargain bill that has gained a lot of attention is the cap on wage differential awards for professional athletes.  In simpler terms, it would prevent an injured professional athlete from collecting certain wage related payouts after a certain amount of time – either when they reach the age of 35 or 5 years after the injury occurred, whichever is later.  This change, which some believe is being pushed by the Chicago Bears, is not sitting well with player’s unions, especially the NFL’s.

With all of that said, where does the bill stand now? It’s not looking good.  Back in early March it looked like the bills were making their way through the Senate and would be in the hands of the House shortly, but unfortunately it faced some heavy pushback, eventually stalling work on the bills.  In the last few weeks, the bills remained untouched, but talk has emerged of breaking off pieces of the Grand Bargain bills and getting certain things passed.

But with each passing day, it appears less likely we’ll see an end to the budget crisis or any changes to Illinois’ workers’ comp any time soon.