When injured, those hurt on the job expect workers' compensation to be there for them as they make their way through to recovery. However, in the last 50 years, industry experts say workers have been thrown to the side as states cut into injured worker's hard-earned benefits, making the workers' compensation process challenging to access and navigate. The U.S. Department of Labor (DOL) warns that the current system's structure favoring insurance carriers and employer interests is adding to safety concerns as "high hazard employers have fewer incentives to eliminate workplace hazards and actually prevent injuries and illnesses from occurring." A recent investigative series on workers' compensation protocols in Tennessee demonstrates the state is no exception to this setup that continues to deprioritize the vast medical needs of injured workers.

Findings from the report list several grievances injured workers encounter in the system, such as denied surgeries, limited legal representation, low penalties for bad actors, tumultuous paperwork, and overall delays in treatment. In the volunteer state, workers are at the mercy of their employer's insurance carrier. This precedent means the carrier may block treatment such as prescriptions, physical therapy, surgery, and even overrule your doctor's clinical perspective. To halt one's medical care, the insurance carrier and other subsidiaries who work on behalf of the employer will, at times, send medical records to a doctor they pay through a process called utilization review. The doctor, usually based out of state, can confirm with the insurance carrier to deny treatment without seeing a patient in person or comprehensively reviewing their medical imaging. One doctor from New Jersey who held a Tennessee medical license saw 177 of their decisions overturned, representing 49 percent of their appealed cases. This barrier to care leaves injured workers fighting for months or even years as they appeal their cases, with treatment becoming severely delayed, only hindering their recovery.

To ensure those injured on the job receive the benefits they deserve, legal representation may be required at times. However, 2013 state reforms reducing compensation to workers' compensation attorneys resulted in several, potentially unintended consequences. Due to the low compensation levels, scores of lawyers have dropped out of the workers' compensation practice leaving injured workers to traverse the system on their own.

With employer/carrier control in the system and limited access to legal representation, penalizing carriers who unjustly or improperly deny care is one of the few avenues to uphold their responsibility to injured workers. Unfortunately, the report also found that state fines are so low that they rarely impact the behavior of bad actors within the industry. Of 123 state penalty cases from 2017 to 2022 with offenses ranging from minor paperwork to prolonged denials, 57 entities were issued no fine warnings, the most common occurrence for infractions. Only 20 cases received monetary fines of $300 or less, including cases where treatment is significantly delayed.

IWP Recognized as Workers' Compensation Best Blog Posted by Rebecca Zsolnay on September 19, 2019 For the third consecutive year, Injured Workers Pharmacy has been recognized as a Best Blog of 2019 by WorkersCompensation.com.  Nominated by members …
Read More 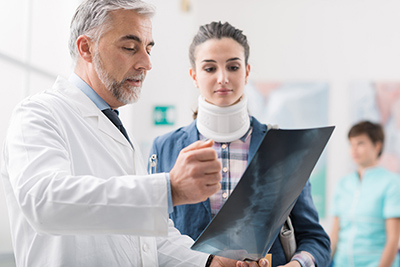 Why COVID is Causing Delayed Treatment for Injured Workers Posted by Lyndsie Robinson on February 18, 2021 Delayed treatment for injured workers is one of the many effects caused by the global pandemic. As a direct result of COVID-19, doctors’ offices, …
Read More