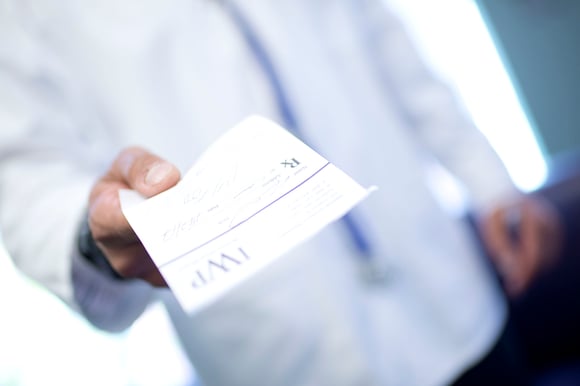 One of the biggest trends within workers' compensation over the last few years are drug formularies.  Formularies are very common in the world of insurance, from private health insurance plans to Medicare, drug formularies play a role in what medications are prescribed to how much a medication is going to cost the patient.  A drug formulary is a list of prescription drugs that are covered by an insurer or insurance plan.

Most often that means a formulary is just a list of covered medications, ones that the insurance company will pay for, and a list of not covered medications.  When a medication is not-covered, that doesn’t mean an injured worker can’t get the medication, it just means there’s some more work to be done to try and get coverage, which means a delay in getting needed medication, and there’s no guarantee it’ll ever be covered.  Not-covered drugs often require a doctor to file a form with the insurance company explaining why that medicine is necessary to treat the patient.

The popularity of drug formularies in workers' comp can often be traced back to Texas’ adoption of a workers’ comp specific drug formulary back in 2011.  Since adopting the formulary, Texas has report significant savings in prescription medication costs, as well as decreased prescriptions for opioids and other narcotics.  These results are promising to states fighting the ever increasing costs of workers’ comp insurance and states battling the opioid epidemic. Which might explain why so many states are now implementing, or trying to implement, drug formularies.  As of the end of this year, Arizona, Ohio, Oklahoma, Tennessee, Texas, and Washington have a drug formulary in place, and California is working on creating their own by July next year.  And formularies aren’t going anywhere in 2017, states like New York, North Carolina, and Louisiana are looking at the idea of a drug formulary for their workers’ comp programs.

Formularies can be beneficial, and as Texas shows, they can work to reduce unnecessary prescriptions, reduce costs, and limit the use of opioids.  However, they can also stand in the way of injured workers getting the treatment they need or doctors feeling they have the freedom to make decisions for their own patients.  So when creating a drug formulary states have to find the balance between helping to contain costs and limit the use of ineffective medications with the ability of doctors to use their own knowledge to develop a plan for their patient.  Whether you support a formulary or not, they’re coming and we’re watching closely to see how states make them work for their programs and injured workers.